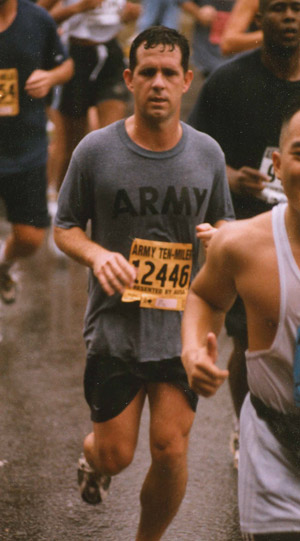 The Story Behind the Towel

As a former West Pointer and Infantryman, over the years, I spent a good bit of time in the gym, running, and sweating. While working out, I, like most people, would typically start sweating and would try to wipe the sweat off of my face with my t-shirt or my hand, which didn’t help much, since they both had sweat on them.  Also, I noticed in the gym that people would go from one piece of equipment to another carrying a towel. In the event that they were doing aerobics, they would set the towel on the dirty ground or have to carry it with them from one station to another.

As a result, I figured there was a better way and began working on the Flip Towel. After many attempts, I finally came up with a design that was convenient to use, had a broad application, and most of all, accomplished the job.

I hope you enjoyed and remember, Don’t Sweat the Sweat, wear a Flip Towel.